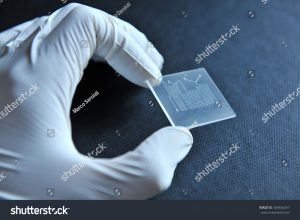 Nafion membrane, with incorporated platinum nanoparticles that serve as hydrogen redox centers, is core of proton-exchange hydrogen fuel cells. Membrane overheating leads to fading of platinum-nanoparticles redox ability, eventually resulting in shortening of fuel-cell lifespan.
Our aim is to establish 3-omega method for experimental determination of high-temperature thermal conductivity, that will enable us to study how thermal conductivity of nafion membranes is related to concentration of platinum nanoparticles. 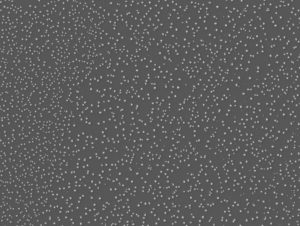 Our goal is to define and optimize ways and parameters for large-area uniform coverage of different substrates by silver nanoparticles. The following is application of bioactive protein-layer to silver nanoparticles, and to examine which kind of layer can serve as potential sensors of certain biomolecules.

Theme #4: Engineering reservoirs and optimizing response function measurements in quantum simulators and computers
The research theme deals with quantum computers and theory of “measurement”.  The quantum computers are able to process much larger data sets than classic computers, due to the fact that they use quantum states (qbits) which satisfy the superposition principle. The amount of data stored with qbits is exponentially larger than the one stored with the classical bits. Quantum computers have the potential for solving the problems in cryptography, numerical modeling, artificial intelligence, etc. Quantum simulation algorithms have been known for years and in some cases their efficiency is very high. But in other cases, such as the simulation of fermions, the efficiency of quantum algorithms is poor and it is not even clear by which strategy it could be improved. The proposed research will explore the possibility of converting fermion degrees of freedom into spin degrees of freedom using the Jordan-Wigner transformation and compare the results with what one finds by the the Bravyi-Kitaev method. Furthermore, we will work on the development of a quantum simulation protocol for fermion systems out of thermodynamic equilibrium. In particular, we are interested in a protocol for “”measuring”” the quantum many-body system, because it is not yet clear how to “”measure”” the fermion correlation functions, such as Green’s and response functions. The theory of “”measurement”” has been developed for one or two particles but the generalization to many-body systems has yet to be developed.
Project: Engineering reservoirs and optimizing response function measurements in quantum simulators and computers, MZO-NSF project No: 2/2019 (2020-23)